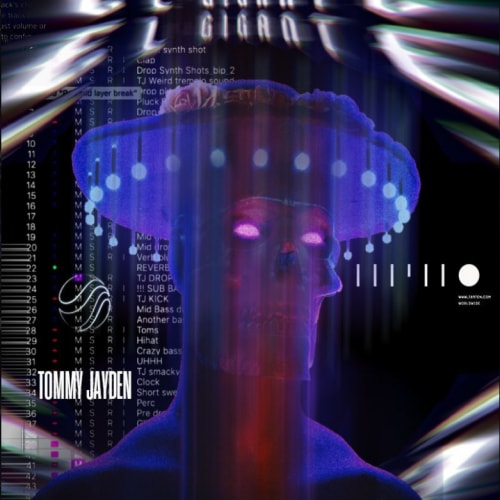 El Gigante breaks down genre barriers as it seamlessly flips between an immaculately processed Reggae inspired vocal hook, a future bass house drop held together tightly by thick and chunky leads and pounding drums, and a final switch up with some trap drumwork leading up to the second drop.

LOGIC PRO X PROJECT FILE: This is the project file directly from Tommy Jayden’s computer for the final version of El Gigante.

STEMS: Load the El Gigante stems into any DAW! Learn from the arrangement, analyze the mix, get inspired, and chop out samples to play with.

SAMPLES: El Gigante sample pack? Enough said. *The samples Tommy Jayden used in the track have been bounced out for your production needs. Drop into any DAW!

PRESETS: To maximize compatibility for users of all DAW’s, Tommy saved the presets from the track so you can bring the El Gigante experience into your own projects. These basses and plucks will light up your inspiration with a single click. There’s nothing better than fresh sounds, and Tommy Jayden knows how to deliver the future bass house goods.

LOGIC CHANNEL STRIPS: Logic users save these channel strips for easy access to instant on the go inspiration the next time you need a pluck or bass patch.

Due to variances in software and plug-in versions among user computers, we are unable to guarantee complete compatibility of the project file.

*All the samples from El Gigante can be found in the sample pack with the exception of the vocals that were sourced from Splice. A read-me with instructions on where to download them is included.

In order to make the pack compatible with all DAW’s we included samples, stems, and presets for users of any DAW, in addition to the logic project file and channel strips for Logic Pro X users.