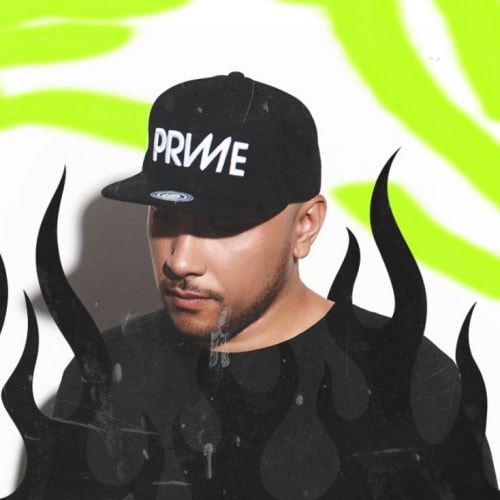 Always wanted to learn EDM production? Never found the right teacher? There is no one better than Justin Prime to show you how to get your production skills to the next level. So let’s dive in on what you are about to learn and get with this amazing producer pack from Justin…

TUTORIAL: In this 9-chapter tutorial Mr. Cannonball himself shows you how to make the prime sound of EDM. He takes you on a journey creating a whole track starting from scratch by laying the foundation with chords & bassline for the breakdown.

Justin goes in-depth on how to mix the chords to make it sound fat and full while preserving all the dynamics in the process. After creating a swift build-up Justin take you to the real money from this tutorial: the drop.

Watch Justin start by making his signature kick as he goes into detail like you have never seen before. This technique will change your game with making a heavy hitting kick for every genre.

When our team was on the shoot watching Justin doing his thing, we noticed that once he gets in the zone, he goes deeper and further nerding out on production techniques that he’s developed over years and years of honing his genius creative mind.

After nailing down the kick he jumps into explaining how to make a drop in his detailed yet approachable manner. This section of the tutorial includes making the lead sound, mixing everything together, and also how to master the whole track together before you send it out to a record label. Justin is no stranger to signing massive records, and with a little help from his tutorial you’ll be well on your way to achieving the same with your tracks!

Follow along with Justin in any DAW, as we’ve made sure to sure to include all Midi Clips, Samples, and Presets. It doesn’t matter if you’re in FL Studio, Ableton, Logic, Cubase, or whatever else you’re using, you will be able to recreate what Justin does in the tutorial! We are dying to hear what you’ll make using the sounds of Justin Prime and what you have learned during this tutorial so after watching make sure to drop us a message on facebook or instagram!

SAMPLE PACK: All samples from the tutorial track, in addition to bonus samples including build up snares, KICKS, drum loops, one shots, crowd, fills, impacts, risers, sirens, melodies, and more!

PRESET PACK: Follow along with everything Justin does in his tutorial, by using his signature Justin Prime presets for Sylenth, Massive, Serum, and Spire! The Justin Prime preset pack has exactly what you need to achieve the label-ready big room and electro you’ve been needing in your songs.

TUTORIAL MIDI: Follow along with the tutorial in any DAW, using the midi bounced directly from Justin’s project file!

BONUS CUBASE PROJECT FILE: Project file from exactly where Justin center off. You can download Cubase free for 30 days just to check it out if you aren’t using Cubase yet.
Due to variances in software and plug-in versions among user computers, we are unable to guarantee complete compatibility of the project file.

BONUS STEMS: Justin exported the stems out for any users not in Cubase to get a hands on experience with how he arranges his track.