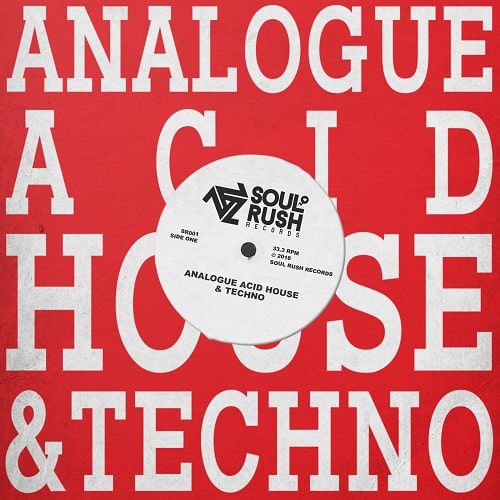 Chicago Acid House lovers who are fascinated and curious by the production styles of the mid 80s and their pre-DAW production techniques need this pack! All drum and synth parts were recorded live, automated and humanised utilising techniques on the exact hardware pioneered by producers in the Acid House era. This pack was created by working with computers as minimally as possible instead focusing on analogue production. In this pack we give you access to original and unique acid sounds that are notoriously hard to recreate authentically when limited to using only digital or VST synthesisers.

There is also a treasure trove of original and unique vocal .wavs for you to play with via the skills of Mike Russell, a well-respected Blues & Soul singer / guitarist from Washington D.C.

Japanese manufactures. Interestingly, these synthesizers where initially seen as a failure in the US market at their time of release; although sounding very unique, these synthesizers sounded nothing like the instruments they were supposed to replace. A prime example of one of these synthesizers is the Roland TB-303, which was designed to sound like a bass guitar player and was intended for guitar players to play along with but instead made a “squelching” sound.

Released in 1981, it was a while before the experimental Chicago DJs picked it up some 30 years later, but when they did, the 303 turned an almost forgotten sound into a phenomenon that lives on to this day. By the late 80s, this Acid House sound from Chicago, which relied heavily on the 303, spread to Europe. Meanwhile, DJs in Detroit started evolving the acid house sound into faster, darker, and more experimental music. In the dawn of the 90s, this sound became known as Techno. Continue this tradition today by using the SRR Analogue Acid House and Techno pack for that authentic Acid sound.

The acid synth loops in this pack were sequenced using the midi sequencer within the synth itself. This is famously awkward to use but delivers an unmatchable sound that is made by the note length, slides, and accents programmed into the sequence to create a raw and authentic analog acid sound, which is heavily desired and difficult to recreate.

Each instrument was recorded through the analog mixing desk before the signal was set to the DAW to record the audio. This gives the option to overdrive the signal using the channel gain on the desk, which is an old school trick used heavily in acid tracks back in the day.

Keeping in tradition to the old school way, a selection of the FX sounds were created from recording household objects including an iron anchor, coins, stationary and additionally, field recordings from an airport.

“Black Woman” recorded by Grammy nominated Gloria Taylor and years of world tours under his own name. He now runs the Black Heritage Orchestra based in Berlin with singer MFA KERA whose tracks have featured in the Top 10 European World Music charts. Producer Aaron Beattie AKA Aezron, a Berlin based producer and DJ is influenced by sounds from across the full spectrum of electronic music. He was brought up around the UK rave scene and has played a broad spectrum of events including illegal warehouse parties, world war two bunkers and some of the UKs premier night clubs. As a producer he has a degree in Sound Engineering and releases on various labels including Groove Digital Records and forthcoming on Voidance Records.