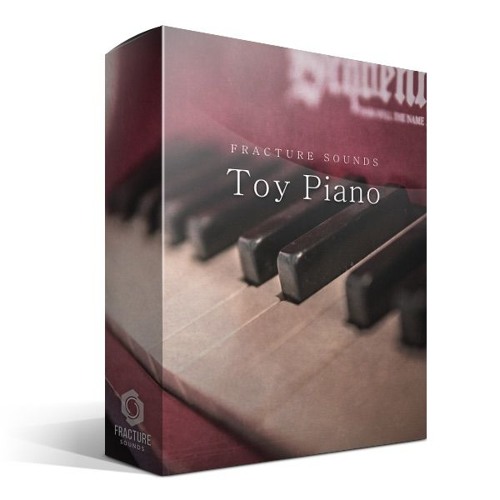 The sound of the Toy Piano is produced by hammers striking metal rods (tines), resulting in a unique bell-like tone. The instrument was close mic’d in stereo, in a dry studio, giving you the flexibility to add as much or little reverb as you like.

The original instrument has some natural tuning deviations due to its age. Although this adds a certain charm and authenticity, we know everyone’s tastes are different, so after sampling the instrument we painstakingly optimised the tuning note-by-note. To restore some of these natural tuning deviations, we added the ‘broken tuning’ dial, which allows you to choose how in-tune the instrument sounds. Set it to 0 for a modern/pristine sound for upbeat children’s music, or all the way up to 100 for your creepy Halloween scores.

To further enhance the authenticity and realism of the instrument, we captured the mechanical sounds of the keys being released. These can be dialled in using the ‘Key Clicks’ control.

We’ve once again included an ‘atmosphere layer’, specifically designed for this instrument, which can be blended with the raw Toy Piano to create an eerie ambience. The mod wheel gives you control over the intensity of the layer, allowing you to ride the dynamics and add additional expression. By popular request, we have added the option to solo the atmosphere layer, so you can use it as a pad in isolation, or blend it with other instruments.

Please note: This product requires the full version of Kontakt 5.3 or above. It will NOT work in the free Kontakt Player.