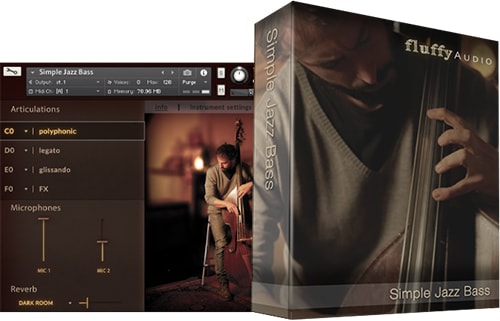 We wanted to capture that semidarkness mood and the semblance of something flowing in a natural way, from the body of the player to the soul of the listener. On the acoustic side, we were looking for that round pizzicato sound with that peculiar defined fingers’ attack. If you love jazz, you’ll probably know what we mean. These qualities are not easy to be found in the same musician. This is why we asked Nicola Ziliani to work for us.

We met Nicola in 2013. At that time the band in which he played was looking for a vibraphonist and Paolo suggested them to contact me. Since the first time I played with him I was amazed by the way he dived into music with his whole shape, physically playing with his body – and his soul – before playing with his fingers and mind.