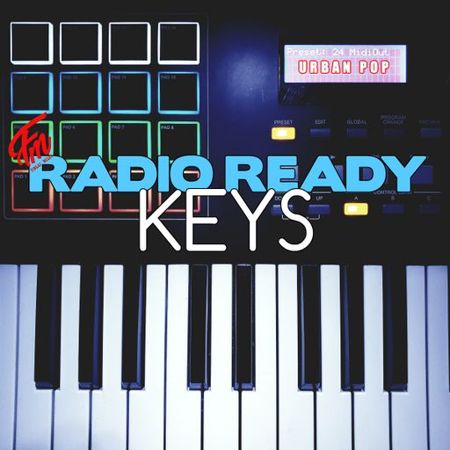 From the mind of Fingaz McGee comes RADIO READY KEYS, a hand-crafted selection of melodic, ear-grabbing keyboard/synth samples. RADIO RADIO KEYS is the PERFECT sample pack for creating dope, “Radio Ready” beats quickly! Just drag in one of the loops and your inspiration is already there! Drum it up, and your sauce and you’ve got a HIT! All loops are labeled by tempo/BPM and Key. Stay tuned for VOLUME 2 coming soon!

George “Fingaz McGee” Mathews, aka “FM” is an American Keyboardist and Music Producer From Los Angeles, California. Fingaz has worked with a few Industry Artists including Ice Cube and WC, but he is well known creating music for Television and Film and working with such companies as ABC, CBS, NBC, Fox, Netflix, Creative Control, Warner Bros, Lionsgate, Viacom, HBO, Entertainment One and many, many others. Fingaz is also CEO of Smash Coast Music, a Production Music Company based in Burbank, California.