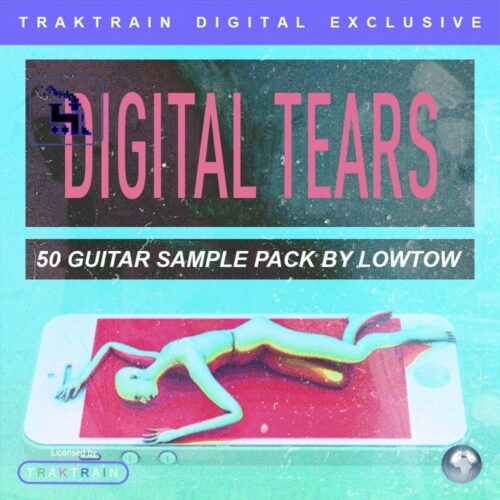 LOWTOW presents his Guitar Sample Pack called “Digital Tears” which contains 50 guitar loops played by the author himself. Because the guitar has become a staple of Emo Rap with such artists as Lil Peep and Ghostemane, the samples included in this kit will work perfectly in that context. But of course, they will sound good in Trap, Hip-Hop, and Lo-Fi beats just as well.

The loops the “Digital Tears” kit contains are professionally recorded in a studio and went through equalization, compression, as well as processed by different effects. This makes their production-ready to use in any kind of beat or song. From soaring ambient reverb and delay to growling distortion – all those effects help create a unique atmosphere for each loop.

LOWTOW is a well-known name in the Trap community for producing several of his own songs. Also, he does beats for others and sample packs like this one. Additionally, he has been playing the guitar for several years. So now he wants to invite you into his world and take a peek at his rare and sought-after samples. Quality is a driving force behind Lowtow’s passion for creating music. And his kits are him sharing his abilities hoping that it will inspire other producers.